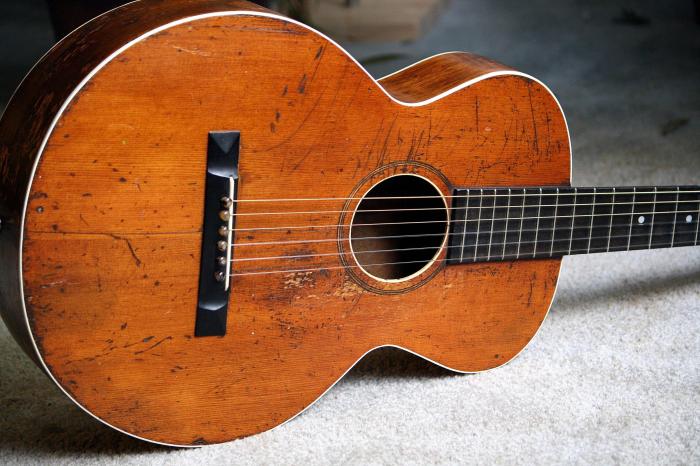 Every guitar tells a story, from the tonewoods that form it, to the craft of its making, to the players that own it, to the places it visits, and to the many songs that it sings.

This blog tells the story of a unique guitar; one that has been created with the express purpose of capturing and telling its own life history.

Our guitar is called Carolan in honour of the legendary composer Turlough O’Carolan, the last of the great blind Irish harpers, and an itinerant musician who roamed Ireland at the turn of the 18th century, composing and playing beautiful celtic tunes. Like it’s namesake, Carolan is a roving bard; a performer that passes from place to place, learning tunes, songs and stories as it goes and sharing them with the people it encounters along the way.

This is possible because of a unique technology that hides digital codes within the decorative patterns adorning the instrument. These act somewhat like QR codes in the sense that you can point a phone or tablet at them to access or upload information via the Internet. Unlike QR codes, however, they are aesthetically beautiful and form a natural part of instrument’s decoration. This unusual and new technology enables our guitar to build and share a ‘digital footprint’ throughout its lifetime, but in a way that resonates with both the aesthetic of an acoustic guitar and the craft of traditional luthiery.

To make such a guitar is a challenging project, one that must necessarily draw together a uniquely skilled team including a luthier, graphic designer, but also computer scientists.

Follow our blog over the coming months to see how we set about assembling our team, design and build the Carolan guitar, and then follow its continuing story as it makes it way into the world …

One thought on “1. Concept”